An unsolved problem in mathematics... https://03c8.net

Euler-Bricks tries to calculate (brute-force) as many different "bricks" where the sides are less than X.

You can visualize plotting graphs with results, store math 'bricks' relationships (so the tool doesn't need to process again similar data) and organized auto-save your results, for example, to be used on a future for BigData processing or AI maths solving tasks.

This tool runs on many platforms and it requires Python (3.x.y). To generate graphs, you need to install the following library:

Euler-Bricks is released under the GPLv3.

To make donations use the following hash: 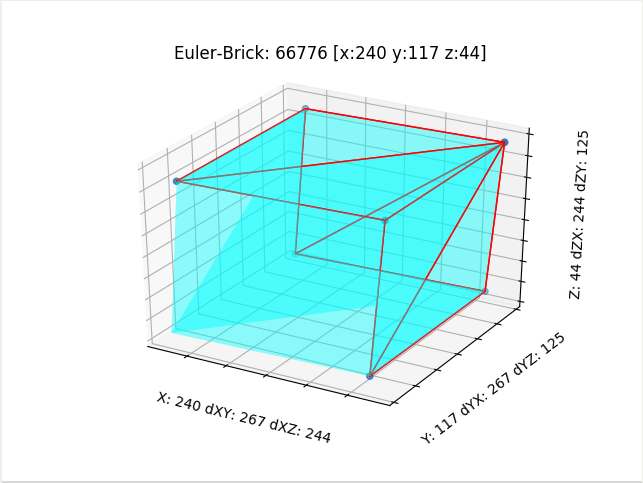